Preseason Offensive Player of the Year: 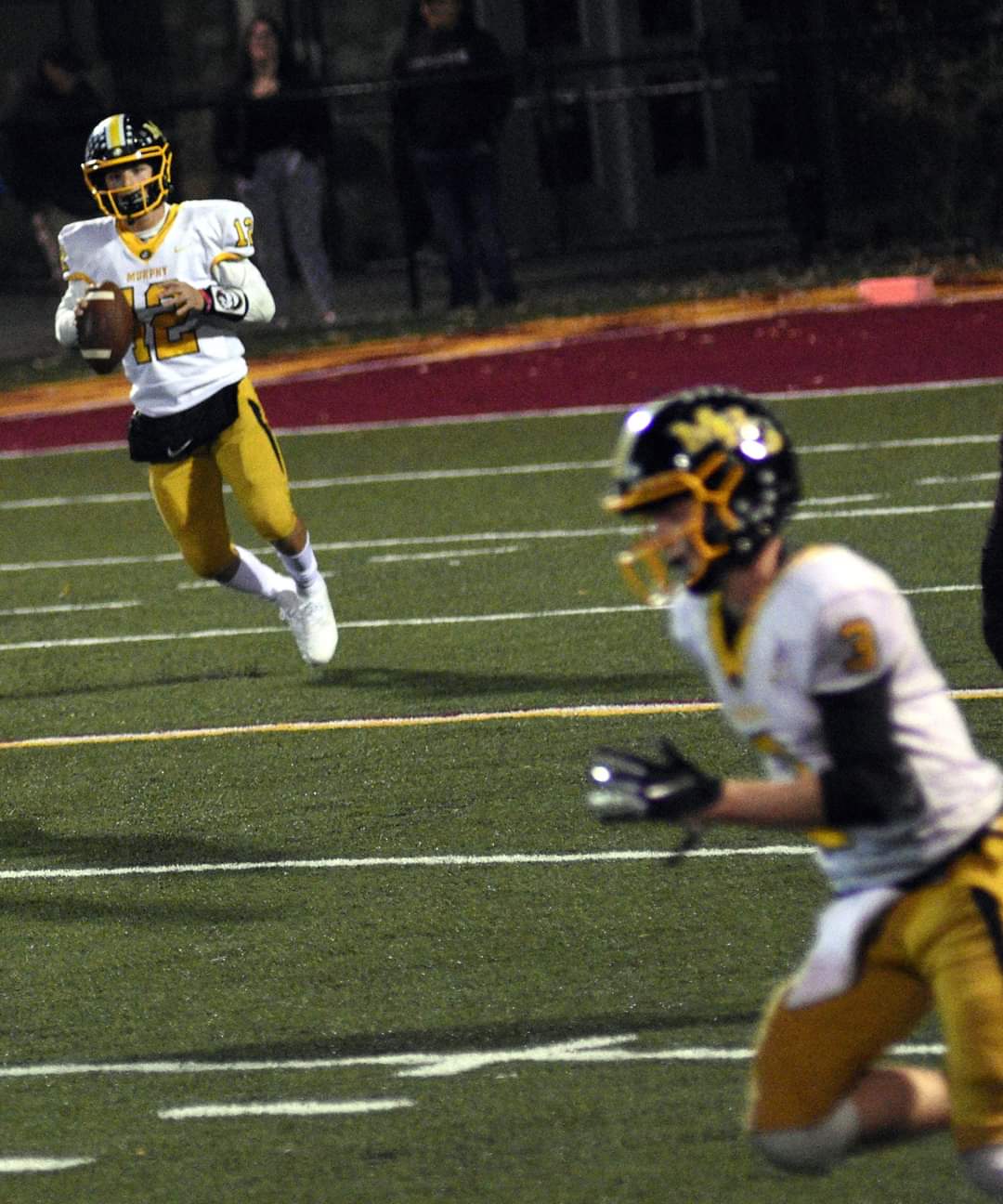 Preseason Defensive Player of the Year: This poll was voted on by the conference coaches

The conference of champions is ready to embark on their first Spring football season. Even thought the dates may have changed, many things remain the same, including Murphy and Robbinsville being touted as two of the top teams in 1A football. In fact both teams are so strong this year that if Murphy classifies as a 1AA school in playoffs, it would not be a shock to see both teams win state. As well, it is fitting that the Knights and the Bulldogs meet up in the final game of the season. Most would anticipate the April 9th matchup to decide the conference winner.

Around the conference there are many interesting story lines. Can Hayesville improve in year two under Head Coach Chad McClure and break into the top three of the conference?  What do Rosman and Swain look like under first year head coaches? Can Andrews build on last year’s JV championship team? Time will tell, and remember Fetch Your News is the place to go when looking for stories, information, pictures, exclusive interviews and more when it comes to Smoky Mountain Conference football.

Andrews Head Coach James Phillips enters his fifth season as head coach of the Andrews Wildcats. Andrews has grown each year since Phillips took over as coach and had their best season yet last year. If not for a blocked kick against Hayesville last year they would have had a winning record. With Gavin Wilson leading the offense in their patented veer Andrews will look to control the tempo against their opponents. On defense they will be led by FYN preseason All-SMC linebacker Drew Martin. Andrews also will be reinforced by a sophomore class that won the conference in Junior Varsity last season. Returning to lead the program for the second year is head coach David Napert. Looking to improve on a 2-10 record from last year Cherokee will be led on offense by QB Don Bradley. Their offense has some good weapons and will look to confuse teams using a multiple approach. On defense they will be led by a strong linebacking core. To have a better season though their defense will need to improve after giving up an average of 42 points per game last season.

Coming off their first winning season in over a decade, Head Coach Chad McClure will look to build on the success of his first season during year two running the program. The Yellow Jackets will lean heavily on  FYN preseason offensive player of the year Blake McClure. The App St. preferred walk on is a load to bring down with the ball in his hands but also has the speed to run away from opposing defenders. Hayesville is looking to break into the big three, working for a top three finish in conference this year.

Led by legendary coach David Gentry entering his 37th season Murphy will look to add another state championship to their trophy case. Running behind four star Florida Gator recruit Yousef Mugharbil Murphy will look to pound it down teams throat on offense running their classic Wing-T. With much of their running game production having graduated don’t be surprised to see them throw a little more this year. Especially with the dynamic Junior duo of QB Kellen Rumfelt and WR Peyton McCracken. FYN predicts the conference winner to come down to a Murphy-Robbinsville matchup this year.

Dee Walsh is coming into his 16th season and will look to have his team repeat as state champions, and quite possibly run the table for their second unbeaten season in a row. After the graduation of star running back Rylee Anderson, the Black Knights will turn to the two headed monster of QB Nathan Collins and RB Lex Hooper. Expect these two to give opposing defensive coordinators headaches all season. On defense they are led by FYN preseason player of the year Rossi Wachacha. As previously said it is very likely that the conference championship will come down to Robbinsville or Murphy.

The Tigers are currently in a stage of rebuilding, things are looking promising though under first year head coach Dusty Robinson. Robinson is a former legendary Rosman player himself, many in the community are excited about his hire. They will be looking to get back to their roots running the triple option on offense. On defense they will be led by FYN preseason All-SMC DB Tyler Stamey who will be leading their secondary.

With the sudden news of head coach Neil Blankenship taking a leave of absence for the season, the Maroon Devils will be led by first year interim coach Eric Stephenson. Most do not know what to expect with less than five returning starters this year. The Swain program is traditionally strong & Thankfully they do have returning QB Damion Lossiah to lead them on offense. Lossiah will be tasked with making the correct reads in their veer offense throughout the season. On defense they are led by FYN preseason All-SMC LB Carson Taylor.